> Posts and philately from the TAAF

Posts and philately from the TAAF 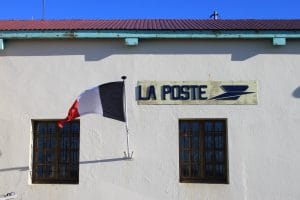 The postal saga in the TAAF begins with the Bossière brothers on Kerguelen. René Bossière, whose main objective is the exploitation of the Kerguelen Islands, is named “Resident of France” in Kerguelen in 1896 by the Ministry of the colonies, and is provided for this purpose with stamping equipment and stamps from metropolitan France. However, it is only in 1909 that the administrative stamp of the Residence de France was used on mail leaving the Kerguelen Islands.

In 1925, the Ministry of the Colonies and the general secretariat of the PTT (Post, Telegraph, Telephone) decided that only the stamps of Madagascar and its dependencies could be used for the franking of mail leaving the Kerguelen Islands. However, following a disagreement between the administration and the operating company, no letter bears the mark of origin of the Kerguelen between 1924 and the end of the Second World War.

In 1948, “post offices” were created in Saint Paul and Amsterdam, in Kerguelen and in Terre-Adélie. The postage of the correspondences is realized with stamps of Madagascar.

Until 1955 and the official establishment of the Territory of the French Southern and Antarctic Lands, the volume of correspondence was very limited. It developed considerably from 1955 with the issue of postage stamps in the name of the new Territory and the replacement of existing date stamps with new material bearing the name of each district. The preparation of the international geophysical year between July 1957 and December 1958 considerably stimulated the activity of the missions in the French Southern Territories and in Antarctica, resulting in precipitating the changes in the postal field, and in 1961 a Fourth “post office” of the TAAF administration is opened on the district of Crozet. For more than sixty years, the Territory of French Southern and Antarctic Lands has issued more than 800 stamps. The four postal managers (Saint-Paul and Amsterdam, Crozet, Kerguelen and Terre Adélie) are still operating in the same way than before. The quantity of philatelic mail due to the enthusiasm of the collectors is constantly increasing, in addition to the private mail and administrative mail.
With regard to the Eparses Islands, postal activity was almost non-existent until 2007, when the TAAF was given full administration of these islands, becoming the 5th district. 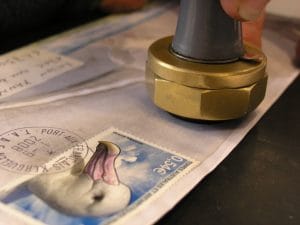 The status of overseas territory allows the TAAF to issue its own postage stamps.
As this activity represents a significant financial contribution to the Territory’s budgetary resources, the TAAF administration is particularly attentive to the quality of its programs and partners with philatelic specialists to meet the expectations of collectors.

The postal and philately service of the TAAF is not based at the headquarters of the administration in Saint-Pierre of Reunion but in Paris, so as to be able to deal more easily with external service providers: philatelists, philatelic associations fleets, and to participate in philatelic events in France and abroad.

A philatelic commission meets annually to determine the program for the next two years. This commission, chaired by the prefect, senior administrator of the TAAF, is composed of: philatelic experts, presidents or members of philatelic associations, historians of the TAAF, members of the advisory council of the TAAF, publisher of catalogs of quotations, philatelic journalists and collectors.

The commission must choose 12 to 15 stamps or blocks that will be issued on the 1st  January of each year and will be available for sale for two years.

How to get stamps? 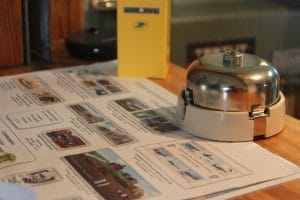 The TAAF stamps are sold live in Paris-Louvre (16, rue Etienne Marcel, 75002 Paris); at the Carré d’Encre (13 bis rue des Mathurins, 75009 Paris), at the shop L’Adresse (21 avenue du Maine 75015 Paris), and by correspondence via the web shop of the stamp (https://boutique.laposte.fr/collectionneur/produits-philateliques-collection).

SAVE & ACCEPT
Powered by